SBCA Board and Committees 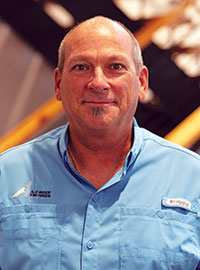 In October 2019, Michael Ruede began his second term as SBCA President. Mike is currently executive vice president and COO of A-1 Roof Trusses in Fort Pierce, Florida. He also served as president of the association in 2002 when it was still known as the Wood Truss Council of America.

Roles and Responsibilities of SBCA Committees: